We Cater For Everyone – Italian Style – Made in Italy

Celebrate World Spaghetti Day at Made in Italy with Spaghetti Bolognese for only $12 on Saturday January 4th!!

The History of Spaghetti

The world’s favourite kind of pasta deserves a day to be appreciated, so we welcome with open arms Spaghetti Day on January 4th! This name of this beloved Italian noodle means “little lines”, and it’s pronounced the same in almost every language! So gather your international friends for a Spaghetti dinner, and share this the history long-loved pasta tonight.

Surprisingly, the Italians didn’t invent pasta. The earliest historical record of a dried noodle purchase dates back to an Arabic street vendor in the 5th century A.D! But it was indeed the Italians who took this malleable dough and worked it into long, thin forms in Sicily around the 12th century. Around 700 years later, the establishment of Spaghetti factories allowed for Spaghetti to spread through Italy and become the most popular of its kind. Later that century it won over American hearts, and fast forward to today, nothing can replace the special place in our hearts that we reserve for a delicious “spag bol”.

Spaghetti is the perfect dish for dinner guests, it’s both simple and delicious. Whip some up tonight with Tomato Passata, Garlic, Oregano & Parmesan in celebration – or let us take care of it. At Made in Italy we pride in providing homegrown meals, that with every bite will transport you to the motherland of Italy and feel like you’re beach-side in Sicily. 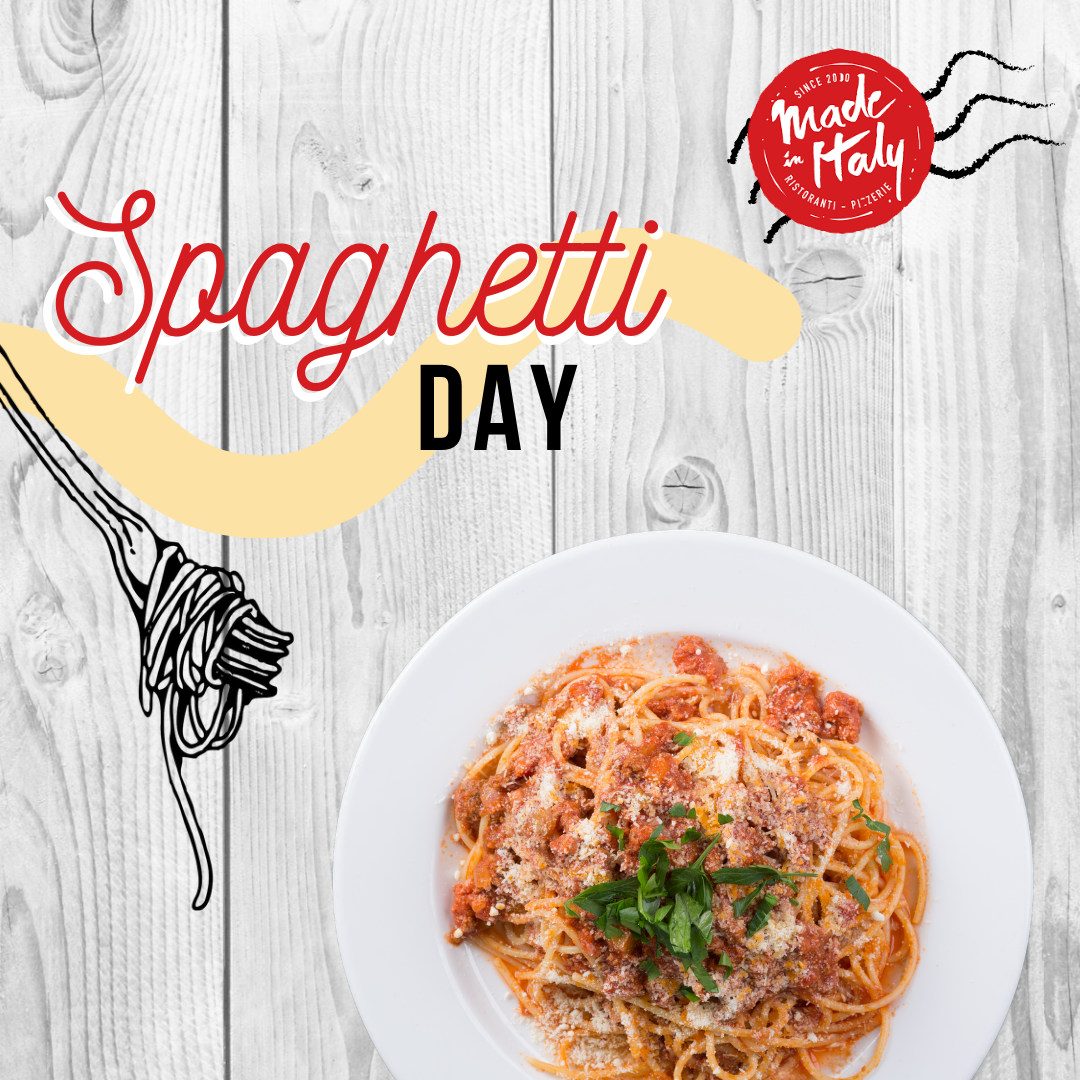