We’re still spending time indoors, trying to live our best social lives within the social distancing parameters. So the Made in Italy team is bringing you a new series to continue spritzing up your work-from-home routine. Introducing: The DIY Bar – Know it, make it & drink it! Light some candles, dust off the cocktail shaker and let’s get pairing drinks to your favourite Made in Italy dishes.

This deep red drink is considered an apéritif; an alcoholic beverage served before a meal to stimulate the appetite. Because of this, these tend to be on the dry side, rather than sweet. The Negroni is a popular Italian cocktail, that is stirred, not shaken, and built over ice. There is a cult following to this drink, that can now be seen all over Instagram. In 2019 it celebrated its 100th anniversary, so you know the drink has a long history. When Orson Welles tried his first one in 1947 he commented, “The bitters are excellent for your liver, the gin is bad for you. They balance each other.”

The actual origins of the drink are unknown, and there is much debate as the surname Negroni traces back a long time and has both Italian and French branches. Nonetheless, most accounts root the drink in Northern Italy, sometime in the early 20th century.

The most widely reported origin story is that it was first mixed in Florence in 1919 at Caffè Casoni (formerly Caffè Giacosa). It was born out of a request by Count Camillo Regroni, asking the bartender to strengthen his favourite drink, the Americano. The orange slice was added at the time to identify it as a different drink. Following the success of the cocktail, the Negroni family founded Negroni Distillerie in Treviso, Italy, producing ready-made versions of the drink.

The distinct Negroni bitterness calls for foods with bold flavours; salty dishes & strong cheeses. Pair your Negroni with an Amalfi pizza to bring home the flavours of the Mediterranean. The simple but punchy pizza features a tomato base, Buffalo mozzarella & fresh prosciutto. 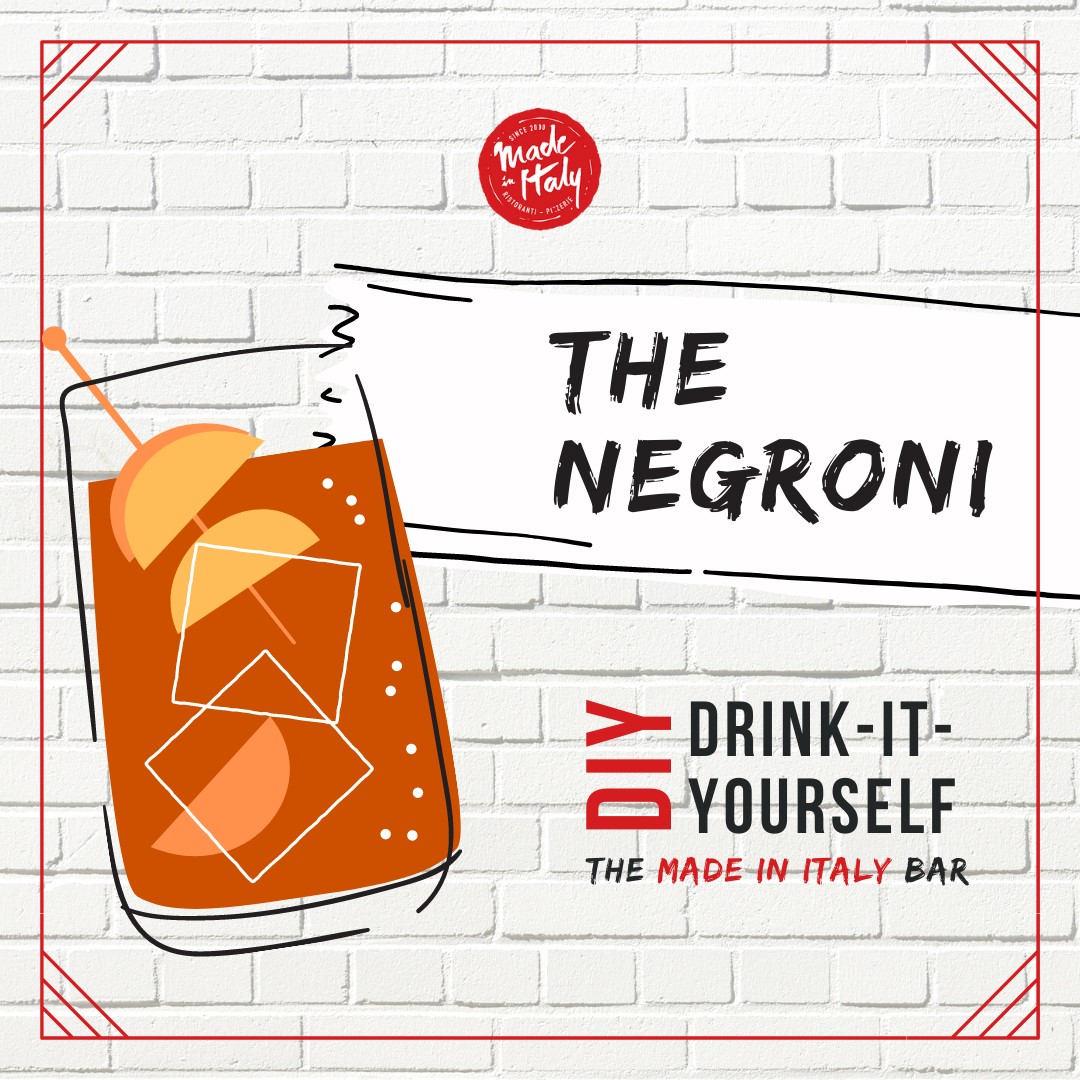