Pasta, tomato and cheese – this is a favorite and foolproof combination that has withstood the test of time. How could it get better? When those ingredients are made in the shape of a Lasagna. So it is of no surprise that this quintessential Italian dish deserves a day to celebrate its decadent layers of deliciousness. The 29 of July might just be the excuse you were hoping to treat yourself to a Lasagna!

The pasta sheets used in Lasagna – as it’s known among it’s Italian creators – are one of the oldest kinds of pasta. This dish is traditionally assembled with alternating layers of pasta sheets and fillings, spiced generously with garlic, oregano and basil, and topped with melted mozzarella cheese. For meat eaters, they’ll indulge in a Ragù (ground meats with tomato sauce) layered Lasagna, whereas vegetarians will love the ricotta-based fillings.

It is said to have originated in Naples during the Middle Ages, and its  first ever recorded recipe is found in an early 14th-century book Liber de Coquina (The Book of Cookery). This original version varied only slightly to modern day Lasagna, where the pasta sheets were boiled in chicken broth, and then dressed with cheese and chicken fat.

The traditional Neapolitan version of Lasagna is slightly different from the commercial version we know today. This one is called Lasagna di Carnevale, and it’s layered with local sausage, small fried meatballs, hard-boiled eggs, ricotta and mozzarella cheeses, and sauced with a Neapolitan Ragù, a meat sauce. The Béchamel version that’s sold internationally has its roots in the Emiglia-Romana region of Italy. This one is known as Lasagna al forno.

Participation in this year’s Lasagna Day is easy and  tasty – so make the most of it by ordering in with our free delivery! Order your fix online HERE To really get in the Lasagna Day spirit, watch The Garfield Movie as you chow down. We think you’ll understand why this cat loves this dish so much! 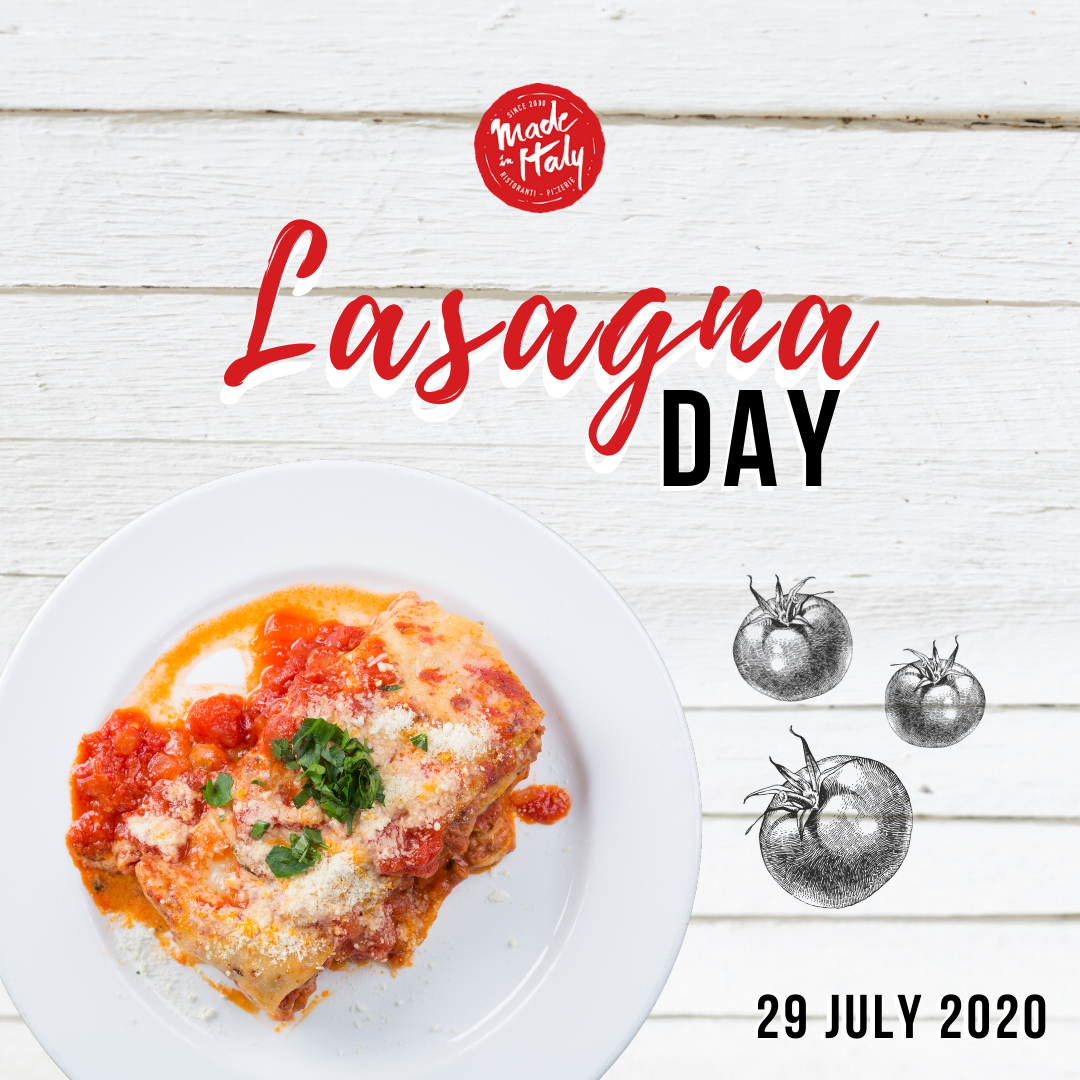